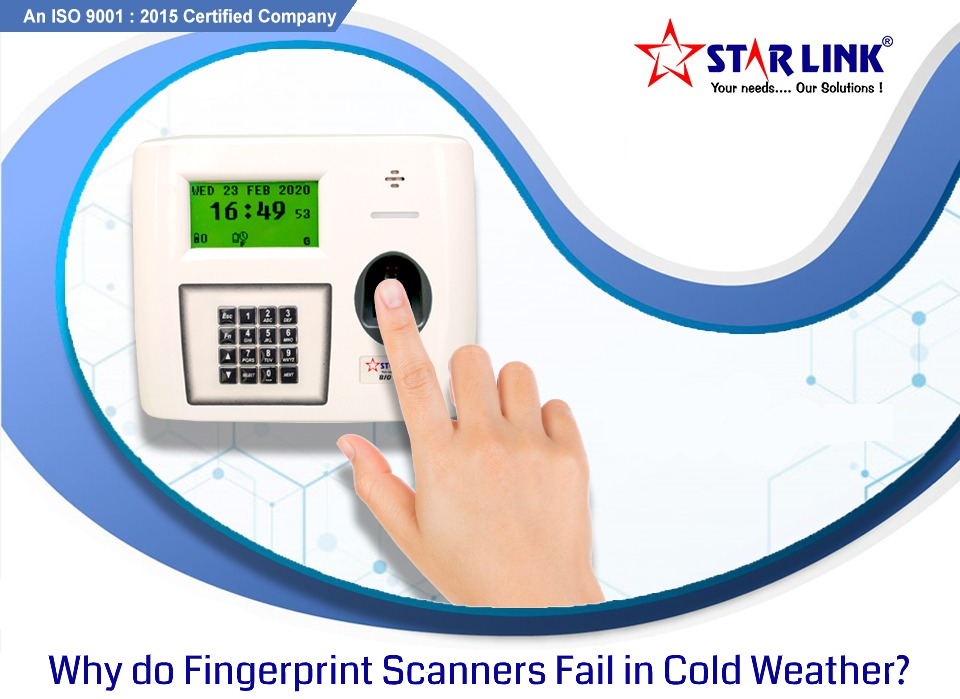 False Acceptance in Winter: Why do Fingerprint Scanners Fail in Cold Weather?

Most of the companies have adopted a biometric attendance system in their offices to track and monitor their employees’ activities. The advantages of biometric recognition system are immense. The employees can easily mark their attendance by just unlocking their phones after verifying their identity. You don’t need to use any other device or machine for marking the attendance. The friction ridges on fingertips are readily accepted by biometric attendance system considering your actual identity.

Though, sometimes fingerprint scanners behave abnormally during the cold weather. The situation may arise at a time when they don’t recognize multiple scans after repetitive efforts. Face recognition systems generally use technological advancement features for producing desirable results. The quality input of data only has an expected outcome in fingerprint scanners. If the input is affected by environmental factors like cold weather, or poor maintenance systems, the output data will be false or wrong.

Why do Fingerprint Scanners Fail in Cold Weather?

Some extreme situations such as low temperature (minus 10-degree Celsius) that compel fingerprint scanners not to work correctly. During the cold weather, the fingers’ skin becomes dry and loses their natural moisture. The friction ridges on human skin may start peeling off and cracking due to cold weather. So, fingerprint scanners’ performance is affected more, and the users often fail to scan their fingerprints on aadhaar based biometric attendance machine.

The cold weather also makes your skin dry, and the blood becomes thick. The fingerprint recognition system refuses to accept or scan fingers, and the machine shows failure in multiple attempts.

The biometric time attendance machine is handy and extraordinary in almost all situations. When the weather is too old, it is sometimes difficult to scan the fingerprints due to rising skin moisture. It stops functioning during extreme conditions like temperature falling very low, even minus 10 degrees Celsius. The friction ridges on human skin affect biometric identification or authentication.

Though, you can take specific measures like using lotion for your skin, wearing gloves, or using scanners with waterproof construction to keep your skin safe during cold weather. Wearing gloves for long hours can be a daunting task when you have to use fingerprint scanners several times.