Home / Blog > Is Aadhaar as secure as the Government says? 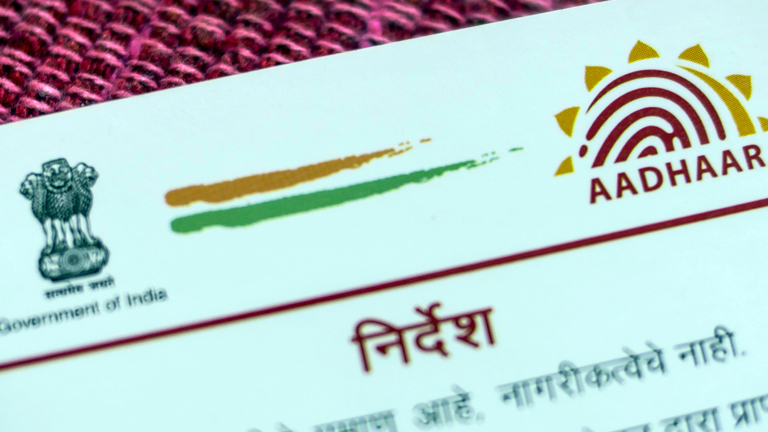 Is Aadhaar as secure as the Government says?

On 5th March, The Unique Identification Authority of India (UIDAI), the authority responsible for Aadhaar in India mentioned how there’s been no incident of Aadhaar biometrics misuse, i.e. identity theft or monetary loss.

UIDAI went through the various reports of Aadhaar misuse and came to the conclusion that there’s been no breach to its Aadhaar database and the personal biometrics and demographic detail they hold is completely secure.

As far as identification technology is concerned, Aadhaar is unrivalled. With almost 1.1 billion Indians registered, Aadhaar is the most advanced biometric of its kind.

Apparently, Aadhaar card is the only form of identity which can’t be duplicated and the government is trying to push Aadhaar for everything from passports and marriage certificates to pension claims, bank accounts and even getting a mobile connection.

If this seems concerning to you, please read further.

Aadhaar card contains nothing more than your core biometrics, i.e. your iris scan and fingerprint, and demographics, i.e. date of birth, name and address.

Moreover, as per section 29(2) biometric information cannot be shared with anyone for any reason whatsoever; not even with your consent.

If people don’t have a problem using their passport or voter id as a form of identity, they shouldn’t be having any concerns with using Aadhaar.

Why is Aadhaar being linked to Pan card and tax returns?

During his budget speech, Finance Minister Arun Jaitley mentioned how out of a population of 125 crore, only about 1.70 lakhs file tax returns above Rs 50 lakhs and surprisingly, only 25 lakh people show their income above 10 lakh.

People will come into the tax net and it will help fight money laundering and improve fiscals.

The registrar of the municipalities, state governments and centre are involved in the process of recruiting the operators for enrolments. In order to operate the systems, the operators first have to provide with their own biometrics. The systems are equipped with tech that can easily track any attempt aimed at tampering the system, thus providing a robust enrolment process.

In a particular instance, former cricket captain MS Dhoni’s details were made public by a private Aadhaar enrolment operator. The enrolment center has been banned for 10 years.

However secure it might seem on the surface, Aadhaar, as such, isn’t impregnable. Devices can be compromised to extract biometric details making Aadhaar vulnerable.

Pradeep Dubey, the director at Intel Labs says that security fears are being overplayed.

Since nothing is 100% secure, we have to make the best out of what’s available. Combining biometrics with an additional layer of non-biometric security would help combating the security flaws.