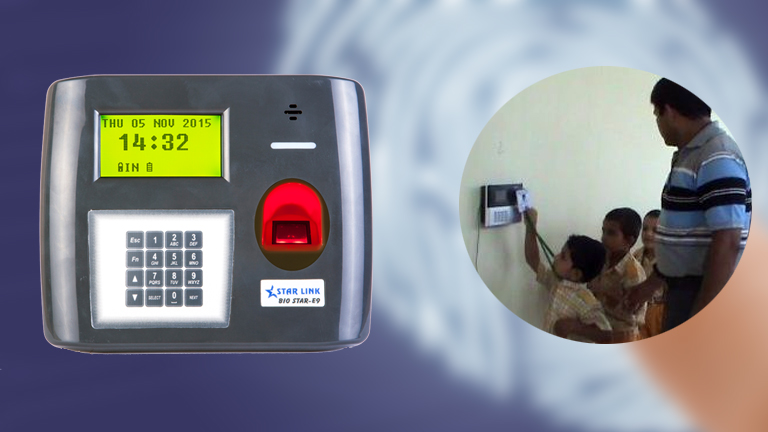 We have been saying it week after week – we are turning the blog of the best biometric machine manufacturer in Delhi, Star Link, into a one-stop destination for the reader, when it comes to biometric news. Take for example our coverage of the story, the introduction of biometric attendance machine at police stations in Telangana. Or social media giant, Facebook losing round 1 of FB vs users biometric court battle. Today, we are breaking the news of time attendance machine to be introduced in schools in Ranchi. (By the way, do you know, Star Link Communication Pvt. Ltd. has clients such as DPS and Modern School?)

The state government of Jharkhand had decided to introduce biometric attendance system in government schools in order to enforce punctuality of both teachers and students. However, it has been getting delayed and now the deadline of August 15, 2016 has been fixed. In districts like Hazaribagh however, the installation process is already complete. Secretary of the School Education and Literacy Department, Aradhana Patnaik was quoted as saying that high schools are being targeted in phase one of the work. The primary and middle schools would be targeted in phase two of the work. Any technical glitches were being addressed, Patnaik added. She also mentioned that electricity was a major hurdle.

We must inform our readers that these Aadhaar-enabled biometric attendance machines are being installed at 91 schools. 50 of these schools have already been covered. (The machines have been installed.)